High school student by day, defender of the city by night. Magical Girl June Mejos is on her routine patrol of Basin Lake City, cleansing Nightmares that lurk in the shadows. Without warning, a strange power takes hold… Nightmares begin to swarm, the moon gives off an eerie light, and a strange temple appears floating in the sky.

As this curse blankets Basin Lake City, June realizes tonight will be anything but routine…

Getting hit [RESETS] your weapon, and decreases [POWER UPS] by 1. Each level of [SHIELD] will protect from both damage and the [RESET] effect. On [EASY MODE], you will retain your weapon on hit, but [POWER UPS] will still decrease.

For more of June's adventures, check out the rest of the Basin Lake Magical Girls series: https://itch.io/c/1097042/basin-lake-magical-girls-series

Hey, I had a fun time with this! Cleared A-side on easy. I know it's an old project, and I'm not a SHMUP/Danmaku player by any means, but some thoughts:

- Often I found myself much more focused on avoiding bullets than being able to hit enemies, especially with shots with limited vertical range like the laser. June has a wide hitbox so it seemed pretty difficult to avoid taking damage at all.

- The colour schemeing was too similar between June's bullets and enemy bullets, and often was kind of dark-red on similarly-dark colours. Applies to a lesser extent on the enemies

- The power-ups were difficult to read because they were so small and the iconography wasn't strong! Often I'd just blindly go for whatever was there and get a Basic Shot and be sad :(

- Especially with spider boss it was common to get with a bullet from the top of the screen without knowing where precisely was dangerous.

I also have to admit I kind of... flew through the dialogue, since I just wanted to test out the gameplay.  But I had a good time with it!

Thanks so much for playing, and taking the time to leave your feedback! I really appreciate it!

I have one more update planned for this game (though it may be a while, as I've gotten quite busy). I'm considering shrinking June's hit box, as I've gotten that comment a few times now. I probably won't go nearly as small as say, a Touhou-style game, but maybe a little more leeway would be helpful.

Though I am hoping players might enjoy the story, the next update will include a fast-foward on dialogue by holding the advance button. This will be helpful to speed up boss-retries, and good for players who just want to get to the gameplay! I've also made other adjustments, such as removing the "title cards" from boss replays.

I'm glad you enjoyed it overall! I'll keep all your feedback in mind for this and future projects. :)

Hiya I did a run of this game and love it.

I messed up on the B side

Overall I love it, I can enjoy a good shump and magical girl game.
Reply
ShibeyFaceGames1 year ago

Thanks for playing, and thanks so much for the video! Glad you enjoyed the game :)

The B-side is very difficult, I actually don't know if anyone other than myself has cleared it yet, haha.

It's all good and I can see how its hard but I'm sure there's a gamer who can do it.

Finally got some breathing room between my schedules to test the updated version.

The control is definitely much better now; I have got way easier times dodging the bullets this time, but I've got a feeling I've gotten rusty since the last time I played games (^.^;

I think B mode stage 2's boss is waaay too hard... How am I supposed to simultaneously be careful as to not drain my stamina too quickly, heal myself by killing those quickly moving small stuffs, while dodging some holy bullets...? Kinda impossible for me :(

EDIT 3: (I was about to proclaim victory once I destroyed all the shields; only to find out that it's not over yet... sorry, but I think I have to rage quit this one m(_ _)m)

Thanks for checking out the update! Glad the controls worked better for you, I hadn't gotten any feedback about that.

As for the Stage 2 boss, I'm of split mind... your comments kind of make me want to update it. On the other hand, the B-Side was intended to be difficult. The stages themselves are still pretty easy, so I wanted the bosses to be a real challenge. I'm pretty sure I got a comment somewhere (maybe on the jam discord) from someone who cleared the B-Side. I still find it a mild challenge, but can blow through it with a retry or two in most cases.

The second phase of the "lock" boss looks flashy, but is actually easier IMO.

Anyway, thanks so much for checking it out! I'll have to think about this for awhile.

for the retry... which seems to be very expected to be a lot...

The player does not need to rewatch an unskippable "Stage 2" animation with the dialogue everytime they retry ;_;

Good suggestion! I'll try and update that when I have some time, probably in December at the soonest. I wish it was an easy update, but being a jam-game, I have to admit the code is far from perfect. A lot of essential triggers and events occur during those sequences... but I should be able to break them out with some adjustments. Thanks again for the feedback!

Nice work shibey :) Really like the art and narrative as always. You've got some good enemy variety too. The second boss with the massive hand that comes out actually made me jump a bit, that was pretty cool.

I definitely had a hard time beating this one though I eventually managed to do it. I think there's a few things that you could try to make things a little more doable:

Take all that with a grain of salt and whatnot since good game difficulty is a fine line :P

I'm not going to nitpick the art, but I think since you outlined some of the background buildings and such it might look better to outline the main character as well. The enemies read really well with the red outlines and black interior, it'd be good to have the main character pop out a similar amount.

Thanks for playing! Glad you enjoyed, and that you were able to beat it! Balancing felt pretty tough this time around, as I didn't want it to be a walk in the park for experienced SHMUP players, but I did worry that it might be too hard for others. It also doesn't help that I'm not all that familiar with the genre. I was basing a lot of it off of foggy childhood memories.

Your suggestion about the shield upgrade is a really good one! I may go back and add that. I had the same problem you described in my own play-thrus, so I think that'd help a lot. The basic shot "upgrade" is a bit of a troll... but can be useful if you A) hate the weapon you are using, or B) are low on health, as all upgrades heal you a bit.

Outlining June is a good idea too! I may add that as well. As always, thank you for the feedback!

I like the game! It reminded me of this hardcore shooter game from Touhou series.  And since there are no music in this game, I inserted some music of my own. Probably gets copy righted but I don't care lol... as long as it makes it fun!

Thanks so much for playing, and making a video! I really appreciate it!

One question though, there should be music in the game. Did it not play for you? What browser are you running it on? Just curious, so I can find out if this is a browser issue, or something else.

Oh! There is music?! I was playing it on the itch app. I didn't know I can play it on the browser! No problem! Glad I was able to help :)

Oh, awesome, that's good to know! I'll have to look into how it works with the itch app! Maybe I'll add desktop download versions.

Thank you for getting back to me, it's a huge help! :) 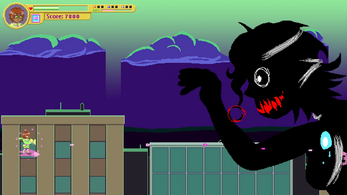 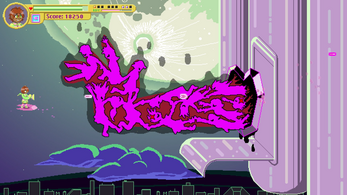 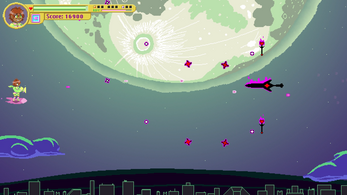 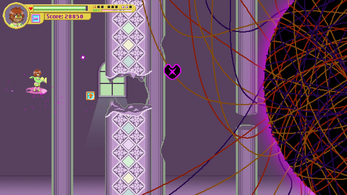 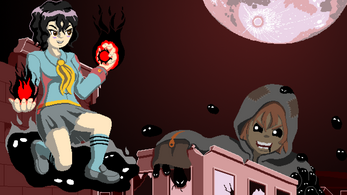